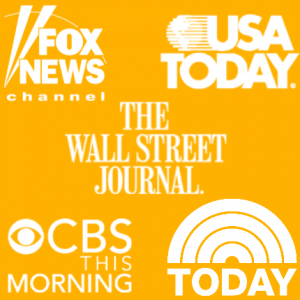 Our team (meet three of them below) consists of longtime non-fiction and fiction book publicists, who have worked with the world’s largest secular and faith-based media outlets.  And former television and radio producers who have worked with the industry’s largest publishing houses and authors. Three members of our team have written books themselves (in fact, one of them has written seventeen!). And our media training team of former broadcast journalists has won three dozen Emmy awards. 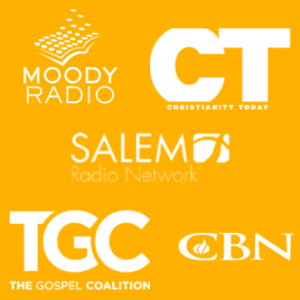 Jason Jones is the founder of Jones Literary, a publicity firm in Nashville, Tennessee, where he oversees strategic planning, business development, and PR campaign execution. He works with authors, experts, publishers, and media around the world, including producers and editors at outlets such as FOX News, CNN, CBS, NBC, ABC, The Wall Street Journal, and dozens of other national outlets and hundreds of faith-based media. His experience in publishing includes six years with one of the world’s largest publishing houses, where he led campaigns for eleven New York Times bestselling titles.

He is also the founder of Local PR Toolkit, a platform and service that equips and trains self-published authors to serve as their own publicists and gain local media coverage.

With over twenty years of experience in public relations, Jason’s pre-publishing days include having directed the PR efforts of a Memphis-based firm, and six years in professional baseball where he managed the media and public relations efforts of the Memphis Redbirds—the Triple-A affiliate of the St. Louis Cardinals.

Katie Hall is an expert in branding, communications, and community relations. She holds a degree in English Literature and Creative Writing from Agnes Scott College, with concentrations in narrative nonfiction, children’s books, and Southern literature. She completed the Publishing Institute graduate program at the University of Denver. She proudly spent over a dozen years working for some of the top publishers in the country, including Random House (WaterBrook Multnomah), HarperCollins (Thomas Nelson and Zondervan), and Peachtree Publishers. In her last full-time post, Katie led the marketing and publicity team for the Fiction division at HC. There, she was a sought-after speaker on fiction promotion, and founded the “Love is Sweet!” multi-publisher event for Christian authors at the former Romantic Times Booklovers’ Convention.

In 2016, Katie completed her 200-hour yoga teacher training and began pursuing a calling in teaching and nonprofit development, but has always kept a hand in the book world as a consultant and avid reader.

Katie’s own writing has appeared in publications like Skirt! and Real Simple, and in an essay collection called Faithful Daughter releasing from Dayspring in 2020. Katie and her husband, Wes, live with their family just outside Nashville, TN, where they chose a house for its built-in bookshelves.

After more than fifteen years as an award-winning reporter, anchor and producer in radio and television news, Curt Harding is a professional writer, speaker and entertainment publicist in Nashville, Tennessee. He is the author of a children’s book and co-author of a book chronicling the lives of war veterans. His industry experience has allowed him to work alongside renowned thought leaders including Judge Andrew P. Napolitano, Dave Ramsey, William J. Bennett, Max Lucado, John Maxwell, Donald Miller and more.

Curt is currently media relations manager for Ramsey Solutions. He and his wife Polly have been married for 26 years. They have two daughters and the reside in Murfreesboro, Tennessee.

Get Your Local PR Toolkit Today!